The Television Commercial Spots for Officer's Choice Blue seems contemporary remake of the hackneyed Hero rescues Heroine plot. The films supposedly urge only men (not women) to Raise their Voice against atrocities committed against women while women conveniently tolerate them without showing any offense forget putting up a fight.

Nothing can get more regressive than showing two emancipated women, one a corporate woman and other a suave modern woman becoming victims to violence and harassment just to make a male, a hero. These two women could have Raised Their Voice and easily taken control of the situation especially in the setting they have shown to be; a restaurant & an office, both have enough public to support them in case they want one. Out of the huge crowd setting, why only a single male is shown to resist the atrocities, why a female isn’t shown with the same poise?

Can such an ad proclaim that it is made to reduce atrocities against women when it explicitly encourages the same?

If fairness creams could be attacked under the pretext of encouraging racial discrimination, such films should be condemned for promoting gender discrimination. As they portray women as weak creatures who are dependent on others (in this case, males) and attribute strength and power to the male dominion.

Without delving into the discussions on whether these films will be able to position the brand within its Target Audience, I would like to conclude with one message that as long as women are made to depend upon only external factors like system, police, officers, men to protect their sovereignty without Raising their own Voice, the atrocities against them are going to amplify without having a choice.

Muse is always excited to work for projects with social and cultural relevance. The Padma Binani Foundation strives to create a widespread awareness of our rich cultural heritage and endeavors to bring Indian cultural heritage closer to the younger minds.

After one to one interaction sessions with the team members and advisory board of the Foundation and having researched their past work, Muse suggested to develop a concept that will give a comprehensive view of the Foundation’s mission and activities. The Padma Binani Foundation has established three bodies - Vatsalya, Akshar and Suranjali to achieve its objectives to make notable contributions in the fields of education, literature, the fine arts and music. Muse suggested that branding exclusively only one of the three wings of foundation, in this case Vatsalya will not be able to create the desired brand identity of the same. The three bodies though catering to different elements of the society and culture (literature and music) share a common core essence, which is the vision of the Foundation.  Hence, Muse proposed to develop an exclusive painting which will not only encompasses all the aspects of the Foundation but will give a unique identity to each of the Foundation’s bodies. The painting will visually journey through the core values and goals of the Foundation.  The proposal was welcomed by the Foundation with hope and excitement.

Decoding the Elements of the Painting 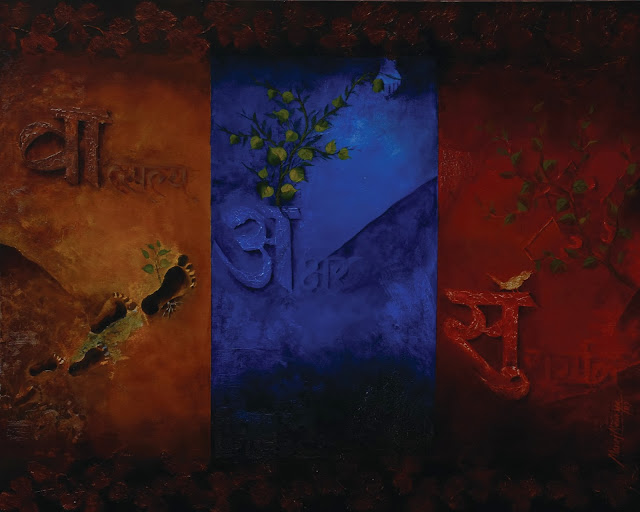 The concept of developing a Painting for The Padma Binani Foundation was envisioned and executed by Manoj Maurya, Director, Muse Advertising. Says Manoj, “It was a challenging task for me as it is difficult to segregate a part from the whole, without disintegrating the whole. It is just like human beings and the universe; though identifiable as separate persons, we are fully connected parts of the larger physical world."

In order for me to create a piece of art, I need to be completely convinced with the ideologies and the values. I started thoroughly researching the goals of each of the bodies of the Foundation. The first arm- Vatsalya has projects that are child-centric and are envisioned as conduits to knowledge for young and impressionable minds. On personal front, I been working towards propagation of importance of knowledge and the same has been one of the core defining values of my being. For me knowledge is the light, (Tamso ma Jyotirgamaya). The potential of this light to create positive impressions is very high when the mind is young and raw. Hence, I have used the raw earthen effect with footprints which gradually turn into light with a small twig. Any seed to reap requires fertile soil, water and light. In case of young minds, they require love, knowledge and encouragement which Vatsalya provides.

As another part of the whole, Akshar as the publishing arm of the Padma Binani Foundation continues to enrich the future of children with Indian literature in all the major languages of India. Well equipped with the knowledge, the twig develops into beautiful well spread branches.

Since Suranjali, the musical wing of the Padma Binani Foundation was conceived by Smt. Padma Binani, in fond remembrance of  late Shri G.D. Binani, I was driven to use reds for this section. It not only represents fondness but music as way to enlighten soul finds perfect resonance with this color scheme. By this time, the branches have well grown into a wonderful tree which is capable of giving love and warmth to the society.”

Adaptations of the painting:

1. Brochure
The Foundation could easily assimilate itself with the painting and decided to adopt the painting as its Brand Identity. The Foundation was given the rights for adaptations into print and electronic media. Muse Advertising designed a 24 pages brochure for the event. The brochure talks about the Foundation and Vatsalya Awards. The scope of work for the brochure consisted of concept, design, content writing and illustrations. 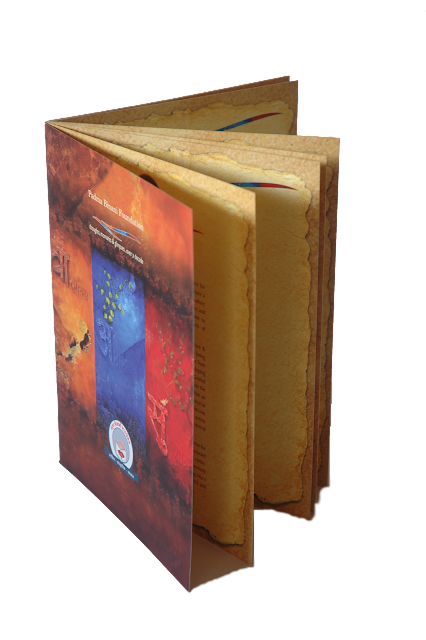 Muse suggested development of an illustration and copy for each for the three bodies- Vatsalya, Akshar and Suranjali in order to instantly communicate their objectives directly to the masses. 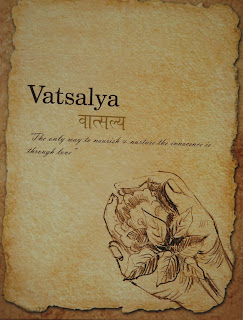 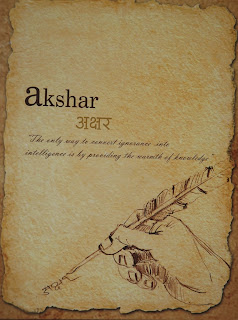 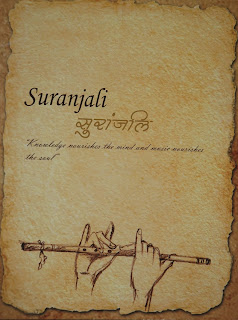 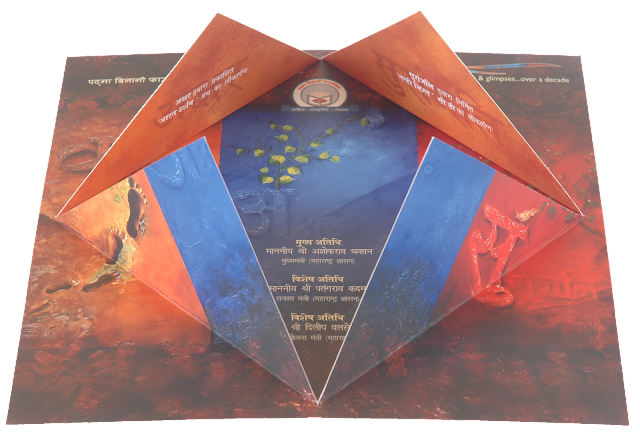 3. Event Backdrops
The Vatsalya Award 2008 was given to the eminent Marathi writer Prof. Shri. Anant Bhave at a glittering function organized at Taj President, Mumbai. The function was presided over by Shri Ashok Chavan, the Chief Minister of Maharashtra and other eminent guests were Shri. Dilip Walse Patil and Shri. Nana Chudasama. At this event a music album for children titled ‘Nanhi Kiran’ and a book ‘Bharat Darshan’ were released in the scope of Suranjali and Akshar respectively. 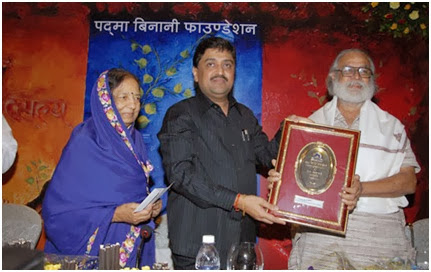 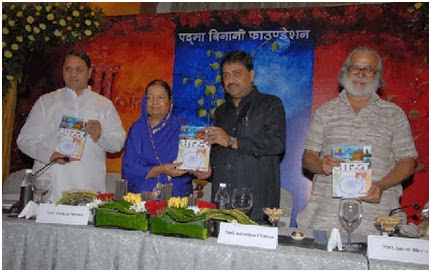 4. Event Give Aways for the Dignitaries
The Give Aways in the form of the music album titled ‘Nanhi Kiran’, the book ‘Bharat Darshan’, event brochure and other event merchandising were presented to the guests in the form of an exclusive customized box made for the event. 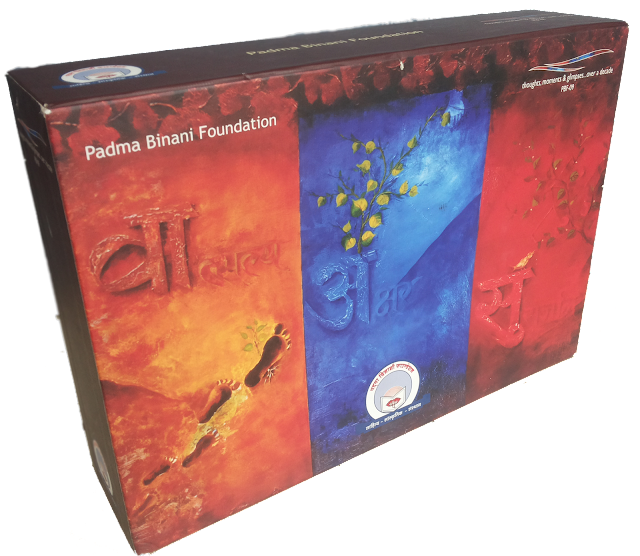 5.Website & Social Media
The official website of the Foundation and its social media perfectly synched with the Foundation’s branding. 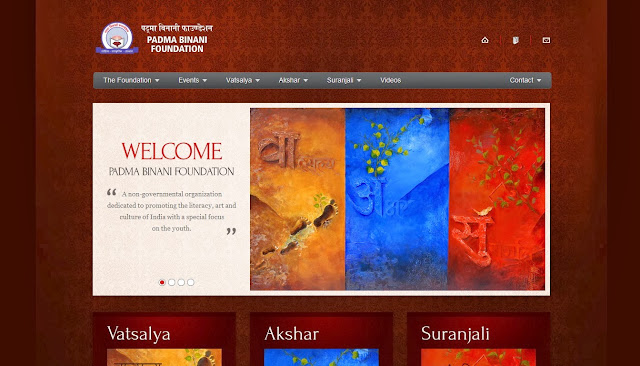 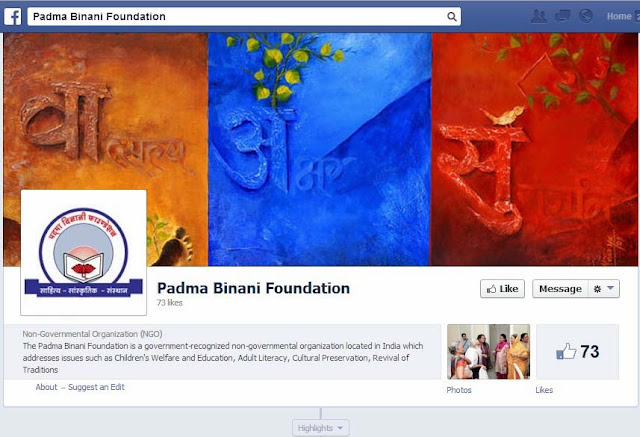